“A house without books is like a room without windows.”

I feel a special connection with Mann since he served as the first president of my alma mater, Antioch College. 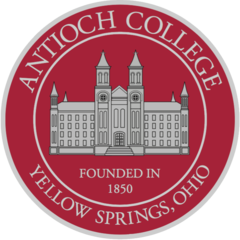 Antioch filled those roles for me wonderfully.

Nope. Not the prefect of Judea from the New Testament.

It’s an airplane. One I’ve actually flown in, and one that nature photographer Sebastian Arnett ventures forth in my new book, The Mark of the Spider.

I flew in the Porter back during the Viet-Nam War. Back then, it was a favorite short takeoff and landing (STOL) aircraft for the CIA throughout Indochina — as was the snub-nosed Helio Courier.

In Laos, where I spent most of my time in Southeast Asia, the Porter’s missions included “paradropping supplies to troops, passenger transport, psy ops, reconnaissance, prisoner conveyance, airborne radio relay, and other intelligence operations.”

The Porter has a wide wingspan compared to the length of its fuselage (52 feet vs. 36 feet), a distinctive long nose, and a powerful reversible engine that allowed it to land in three airplane lengths (about 110 feet), or two-thirds of the width of a football field. Takeoff required slightly more.

It was quite uncomfortable to fly in as a back seat passenger, quite exciting and far too much like flying in nothing at all, as in there’s nothing under me — or free fall.

And, as Sebastian discovered in The Mark of the Spider, the plane could glide long distances without its engine on.

You can read all about Sebastian’s adventures in trade press print and ebook formats, only from Amazon.

An Australian spy, Johnnie Walker by name, stands out as one of the first key characters to appear in my supernatural suspense novel, The Mark of the Spider.

Johnnie, who describes himself as an economic attache in the Australian consulate in Borneo, sidles up to nature photographer Sebastian Arnett in a bar in Tenom and offers to buy him a drink.

Ever skeptical,  Sebastian susses out that more lies behind this offer than a simple act of friendliness.

That drink leads Sebastian to near catastrophes, visions of the mythical black orchid and an encounter with headhunters. And the story is just getting underway.

Australia in the 1850s. Borneo is off to the northwest. Photo: National Library of Australia

As Johnnie and his colleagues in the Australian Intelligence Service pop up from time to time throughout the book, it’s fair to ask how much of their story is fact and how much is fabricated. The short answer is, neither Johnnie nor AIS is real, but the intelligence interests I write about are.

Borneo lies more than 3,400 miles (5,480 km) northwest of Australia. That’s a seven and a half hour flight, but in the vastness of the Southwest Pacific, the two countries rank as relatively close neighbors.

So, it stands to reason that Australia would want to keep track of events in Borneo, and who better to do the job than a fictional guy like Johnnie Walker of the Australian Intelligence Service.

And, like most countries, Australia employs a long list of secretive groups devoted to gathering and analyzing information about the world around it and the dangers that world might pose.

Yum, alphabet soup from Down Under.

You can get an overview of the Australian intelligence community in the 2011 Independent Review of the Intelligence Community Report, which can be found online here.

The Mark of the Spider is available in ebook and trade paperback editions from Amazon.