China’s Red Army, formally the People’s Liberation Army (PLA), has a long and extensive history of controlling civilian companies, with the earnings accruing considerable wealth to generals and their families. 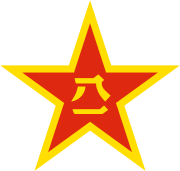 By one estimate, PLA-owned profit-making firms — “from conglomerates to small factories and shops” — numbered as many as 20,000 in the early 1990s.

In my forthcoming Black Orchid Chronicle, Beware the Spider (due out June 3), I wondered what would happen if one such firm encountered my protagonist, Sebastian Arnett, and his power to kill with his thoughts.

As you might imagine, things get complicated, then confused and finally don’t end well at all.

Watch for Beware the Spider, and enjoy the adventure.