Nope. Not the prefect of Judea from the New Testament.

It’s an airplane. One I’ve actually flown in, and one that nature photographer Sebastian Arnett ventures forth in my new book, The Mark of the Spider.

I flew in the Porter back during the Viet-Nam War. Back then, it was a favorite short takeoff and landing (STOL) aircraft for the CIA throughout Indochina — as was the snub-nosed Helio Courier. 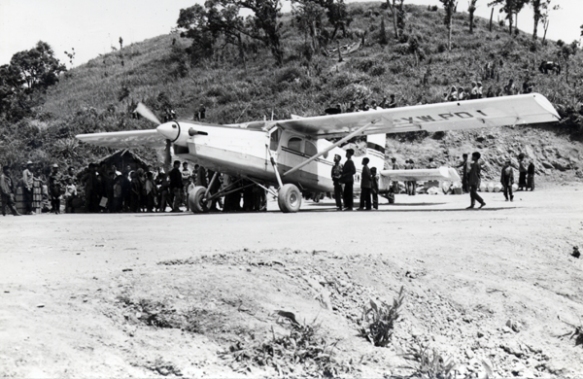 In Laos, where I spent most of my time in Southeast Asia, the Porter’s missions included “paradropping supplies to troops, passenger transport, psy ops, reconnaissance, prisoner conveyance, airborne radio relay, and other intelligence operations.”

The Porter has a wide wingspan compared to the length of its fuselage (52 feet vs. 36 feet), a distinctive long nose, and a powerful reversible engine that allowed it to land in three airplane lengths (about 110 feet), or two-thirds of the width of a football field. Takeoff required slightly more.

It was quite uncomfortable to fly in as a back seat passenger, quite exciting and far too much like flying in nothing at all, as in there’s nothing under me — or free fall.

And, as Sebastian discovered in The Mark of the Spider, the plane could glide long distances without its engine on.

You can read all about Sebastian’s adventures in trade press print and ebook formats, only from Amazon.